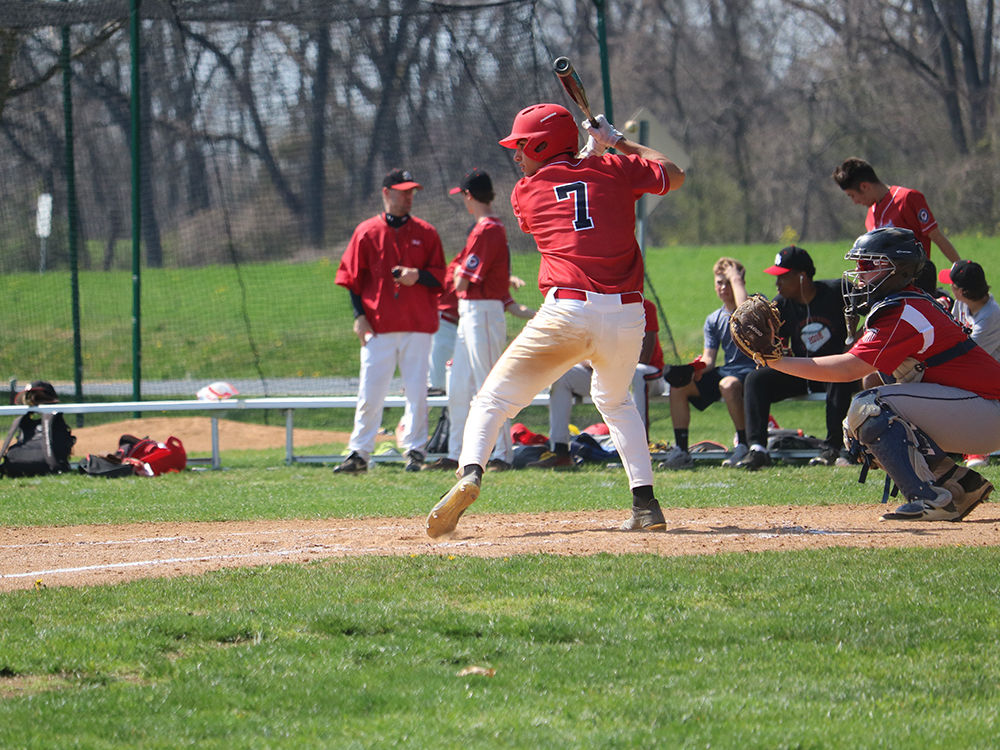 After dropping their first contest of the 2018 campaign, the St. Andrew's girls lacrosse team has rattled off six consecutive wins heading into Long Weekend, and have outscored their opponents by 26 goals during their current win-streak. Averaging 11 goals per contest, the Saints offensive attack is well-balanced as four Saints have scored 12 or more goals. Leading the charge is newcomer Heleah Soulati '21, netting 17 goals and dishing out four assists. Soulati's best performance came against Tatnall as she scored a career-high five goals. Classmates Hanna Soulati '18 and Elisa Davila '18, two all-conference performers a season ago, have flourished around the net as Soulati has scored 14 while Davila has added 13. Davila also leads the team in assists with six. Nancy Tucker '19 has continued to build upon her all-conference performance last season as she recorded 12 goals and five assists.

Holding their opponents to under eight goals per contest, the Saints defense is led by 2017 defensive MVP Audrey Saliba '18, Gillian Simpler '18, Piper Ackermann '19 and Hannah Murphy '19. First-year starter Charlotte Oxnam '19 has been excellent in goal, recording a career-high 20 saves against Dover High School. The Saints, who stand undefeated in conference play at 4-0, will look to continue their winning ways next Thursday when they travel to Tower Hill. The contest is set to begin at 4:00 p.m.

After dropping their first two contests of the 2018 regular season, the St. Andrew's boys lacrosse team has managed to win six games in a row. Averaging just under 11 goals per game, the Saints have a balanced offensive attack as four players have managed to score 14 or more goals. Leading the charge on offense is Baird Tuveson '18 who has netted a team-high 20 goals with five coming against conference opponent Wilmington Christian. Will Cammerzell '19 is next with 15 goals while classmates Jarred St. John '18 and Warrington Webb '18 have each netted 14 apiece. St. John and Webb also lead the team with seven assists.

Holding their opponents to around eight goals per contest, the Saints defense is led by Arthur Potter '19, AJ Ayres '19 and Ryan Godfrey '19. First-year starter and newcomer to the team Barr Flinn '20 has been impressive in goal, saving his best performances for each conference matchup. The Saints, whose record stands at 6-2, will look to extend their win-streak to seven games next Thursday as they play host to Tower Hill. The game is set to begin at 4:00 p.m.

The baseball team is off to a strong start this spring, winning five of their first nine contests before Long Weekend. The Saints have been swinging the bats well as of late, averaging 13 runs per game over their last four contests. Leading this offensive attack is Baylen Manocha '18, batting .423 with six RBI. Manocha also leads the team with six doubles and six stolen bases. Evan Murray '18 has provided clutch hits throughout the year for the Saints, driving in a team-leading nine RBI while hitting at a .321 clip. Murray saved his best performance for the team's 9-8 victory against Sanford School as he drove in five runs.

Manocha has been just as impressive on the mound as he has been at the plate, recording three wins while posting an earned run average of 2.67. Manocha leads the team in strikeouts, recording 28 in 21 innings of work. Rick Townsend '18, battling through injury, has pitched well in limited action, striking out 11 batters in just under 11 innings. The Saints will be looking for their sixth win of the season next Friday when they play host to Sanford School. First pitch is set for 4:15 p.m.

The St. Andrew's girls soccer team recorded their first win of the 2018 season on Thursday afternoon, defeating conference opponent Wilmington Friends School by a final score of 2-1. Jessica Boyer '19 started the scoring for the Saints, finding the back of the net in the 6th minute. Shortly thereafter in the 14th minute, Liza Read '19 sent the ball over the outstretched hands of the Quakers goalie for the Saints second goal. From there, the Saints relied on their strong defense and goaltending to secure the win.

The St. Andrew's girls tennis team has had a remarkable start to their 2018 season, defeating all opponents en route to an undefeated 7-0 record. Annie Roach '18 has led the way from her first singles position, posting an impressive 5-2 record while Louise Stilwell '20 is 6-1 competing at the second singles position. After fighting through some tough injuries early on, Jolie Chin '18 remains undefeated with a 4-0 record in the thirds singles position. The first doubles team of Kathryn Rickert '19 and Charlotte Gehrs '20 has proved to be steady, as they have won all three of their matches together. At second doubles, Anya Dhawan '19 and Mimi Wilmerding '21 have been perfect when paired together, winning all six of their contests.

The St. Andrew's boys tennis team currently stands at 6-1 with their only loss coming to top-ranked Tower Hill by a final score of 3-2. Enok Choe '19 has had the tough task of playing first singles, yet has battled throughout, winning three of his seven matches. Evan Chiu '18 has dominated from his second singles position, winning all seven of his matches. Gus Richards '19, competing at the number three spot, has defeated six of his seven opponents, only losing to Tower Hill in three sets. The first doubles team of John McKee '18 and Will Weaver '18 have proved to be reliable, defeating six of their first seven opponents to start the year. At second doubles, the team of Will Park '19 and Cole Kay '21 has been consistent as well, winning all five of their matches when paired together.