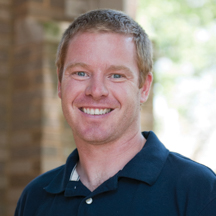 The son of an independent school teacher, Jon spent a great deal of his young life living on prep school campuses, including a three-year stint on the St. Andrew’s campus in the mid-1970s. After graduating from Pomfret School, Jon headed to the University of Massachusetts where his interest in the study of mathematics was born.

Jon began his career as a math and physics teacher, lacrosse coach and dorm parent at Wyoming Seminary College Preparatory School in 1997. Most recently Jon has been a member of the math department at Lawrence Academy where he taught Honors geometry, pre-calculus and AP calculus. At Lawrence, Jon continued his love of coaching by serving as the coach of boys’ cross-country and boys’ lacrosse.

An avid runner and cyclist, Jon enjoys spending his free time in the outdoors. He lives with his wife, Melinda, son, Will, daughter, Abby and dog, Hardy, on Silver Lake.