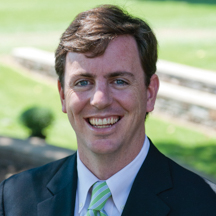 Will is a 1997 graduate of St. Andrew’s where he captained the lacrosse team, served as school Co-President and received the William H. Cameron Award for outstanding service to the School.

Will doubled-majored in English and Peace & Conflict Studies at Colgate University where he ran varsity cross-country and led Colgate's consortium of 22 volunteer groups. He was voted Tutor of the Year by the residents of a local youth group home and received the Dean’s Award for Service at graduation.

After graduation Will began his teaching career with Teach For America, teaching middle school special education for three years in rural Louisiana. Will coached baseball and soccer and led his eighth grade students to the district’s highest passage rate (93%) on Louisiana’s LEAP (NCLB) high-stakes test.

Will went on to earn his J.D./M.B.A. from Temple University where he was a member of the Rubin Public Interest Law Honor Society, worked in a small business development center and clerked for two federal judges. His career eventually took him from Philadelphia's City Hall to Ogilvy Public Relations Worldwide in Washington, D.C., where he worked as a senior strategist. He maintained his passion for education through pro-bono work for charter schools and education non-profits and ultimately decided to resume his teaching career at St. Andrew's in 2010.

Will lives in a house across the gully with his wife, Lindsay '97, their children, Liam, Luke and Greta, and their dog, Teddy.