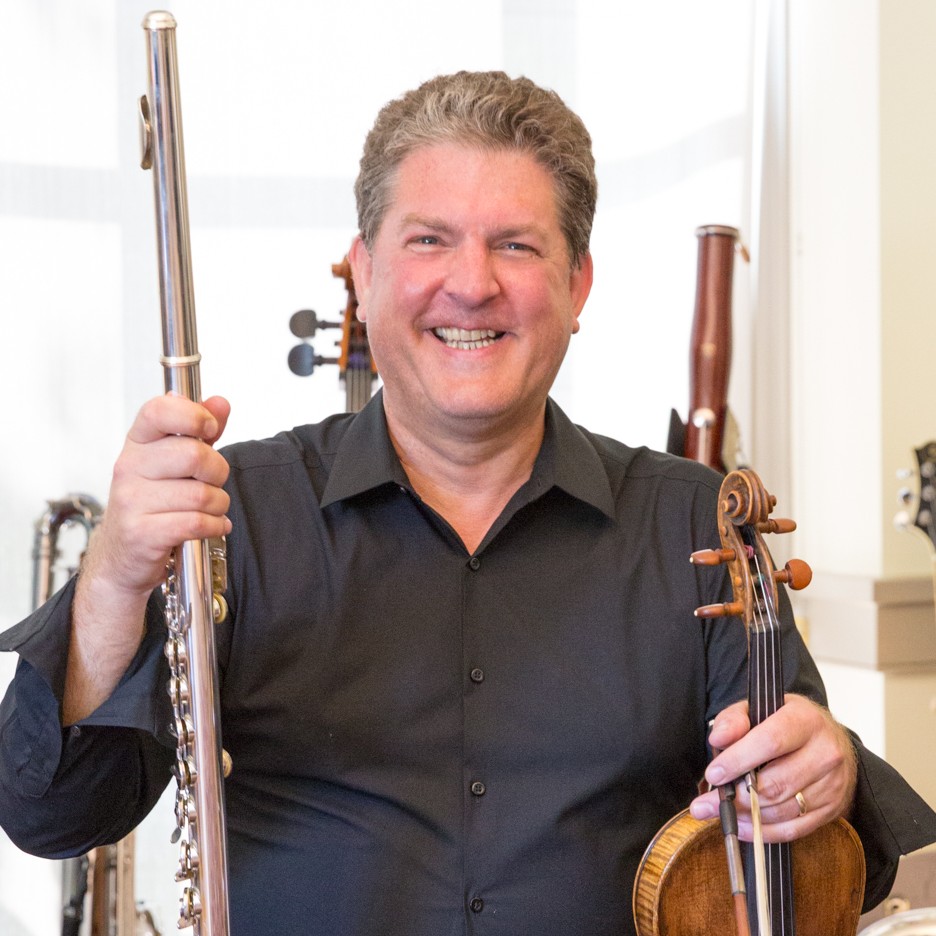 Fred’s interest in music began early and was encouraged by his parents whom he also had as teachers at Rocky Hill School, his mother for Latin and his father for English. The eldest of six, Fred took up the flute and became a first chair player in the Rhode Island Philharmonic Youth Orchestra and the Toll Gate High School Orchestra. He then went on to graduate from Williams College with a double degree in English literature and music, earning the Peter D. Kieran scholar award in his senior year.

After Williams he studied and performed jazz in Paris and Copenhagen before settling in New York City, where he began graduate study in music and music education at Columbia University’s Teachers College. He began his teaching career in Manhattan at P.S. 124 Yung Wing Elementary School and P.S. 75 Emily Dickinson School in addition to teaching woodwinds at Teachers College. He also served as a graduate research assistant for the Center for Arts Education Research and as a teaching artist for the Creative Arts Laboratory while at TC before earning his doctorate with a dissertation on the practice routines of advanced instrumentalists.

For three years Fred then directed the music program for a seven school rural Vermont district, where he led bands and taught music theory and choir. He played viola in the Vermont Philharmonic and studied flute with the legendary Louis Moyse.

Fred came to St. Andrew’s in 2001 and developed the school’s first full orchestra. As a conductor Fred has been invited to conduct in Pennsylvania and Alabama, and Fred has also chaired Delaware’s All State Orchestra and Solo and Ensemble festivals for many years. He teaches jazz improvisation, music theory, composition, chamber music, and private lessons on all of the orchestra instruments.

Fred and his wife Carla live in the Carey House with their children Alexander ’16 and Guenevere. They have a dog, two horses, a pony, and four cats. When he is not reading or making music Fred enjoys maintaining extensive gardens.