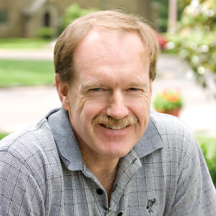 Before coming to St. Andrew’s, Donald worked at three other boarding schools: Eaglebrook School in Deerfield, Mass., The Peddie School in Hightstown, N.J., and Episcopal High School in Alexandria, Va. During the past five summers, Donald has taught Spanish to students at Wolfeboro Camp School in Wolfeboro, N.H., a school dedicated to teaching youngsters who have struggled academically how to “live the daily life of a successful student.” Donald has viewed his experience at Wolfeboro as an annual professional development opportunity for him to further develop his assumptions about learning and continue to hone his teaching skills for the classroom at St. Andrew’s.

Donald teaches the third-year Spanish course and the sixth-year literature course. After 25 years in the classroom, he is still fascinated by the learning process. Recognizing that language is a reflection of the culture of its speakers, he enjoys the challenge of finding appropriate readings and designing activities that will enable his students to make discoveries about the many Spanish-speaking cultures of the world.

Donald’s enthusiasm for wrestling started at Lawrenceville, where he served as team captain during his senior year and placed second in the New Jersey prep wrestling championships in his junior and senior years. He enjoys working at St. Andrew’s because of the community’s commitment to embracing amateurism over specialization, wherein teachers and students engage in fun and meaningful activities that they may not necessarily be the best at, but for which they share a common passion and enthusiasm.

Donald and Susie, his wife, are the parents of three St. Andrew’s alumni, Francesca ’01, Donny ’04 and Giancarlo ’09.