RSS Feeds Subscribe to Alerts
We Have a Lot of Work To Do
Tad Roach
June 7, 2020

Today, I write to express my and St. Andrew’s ongoing solidarity, support, and love for the Black community here in the United States and in the extended community of the School, as they continue to suffer the trauma, horror, and re-memory of violence, prejudice, and discrimination.

As a School, we support the peaceful protests, the demands for change, and the impatience with the promised but unfulfilled assurances of justice and equity.

The murder of George Floyd on Memorial Day, following the violent and unlawful deaths of Ahmaud Arbery and Breonna Taylor, broke, shattered, and exploded the heart, soul, and spirit of this country. The narratives of these tragic deaths reflected the historical pattern Bryan Stevenson—who spoke at St. Andrew’s in 2017—describes in vivid detail: the ever-evolving patterns and manifestations of violent racism. With Stevenson’s work as my guide, I came to understand the line that runs from slavery, to lynching, to segregation, to mass incarceration, to police brutality. Stevenson argues that we never examined, relinquished, or abandoned the abiding narrative of racial difference and white supremacy. Rather, even as progress was being made, racism and attendant violence and intimidation evolved and survived.

One of the best ways to understand this history is to travel to Montgomery, Alabama, and visit both the Legacy Museum and the National Memorial for Peace and Justice, for it is here at these two memorials that we truly grasp the full picture of our history and our present.

What we witness now in the United States is a protest movement that announces and expresses anger, outrage, anguish, and exhaustion. Stevenson describes the moment in this way:

You can’t understand these present-day issues without understanding the persistent refusal to view Black people as equals...It’s not just anger over what happened to George Floyd, or Breonna Taylor, or Ahmaud Arbery. It is anger about continuing to live in a world where there is a presumption of dangerousness and guilt wherever you go. I’m 60 years old and have been practicing law for 35 years. I have a lot of honorary degrees, and I went to Harvard. And I still go places where I am presumed dangerous. I have been told to leave courtrooms because the presumption was I was the defendant and not the lawyer. I have been pulled out of my car by police who pointed a gun at me. And I just tell you that, when you have to navigate presumption of guilt day in and day out, and when the burden is on you to make the people around you see you as fully human and equals, you get exhausted. You are tired. And I will argue that Black people in the streets are expressing their fatigue, their anger, and their frustration at having to live a menaced life in America.

Powerful words… We have to listen, hear, understand, and respond to the cries of the protest, “I can’t breathe.” We heard this anguished plea in 2014, when Eric Garner died on the street in a chokehold by a police officer; we heard the plea again on Memorial Day as George Floyd died on the streets of Minneapolis with the knee of a policeman weighing down mercilessly on his neck.

In 1966, in the middle of the Civil Rights movement, Robert Hayden wrote the poem “Frederick Douglass” both as a way of honoring Douglass and as a way of pointing out that in the 1960s, Black Americans still could not experience freedom. Here are the first few lines of the poem:

When it is finally ours, this freedom, this liberty, this beautiful
and terrible thing, needful to man as air,
usable as earth…

Hayden describes freedom and equality as “needful to man as air.” We as readers understand that without freedom, people can’t breathe.

In her remarks to the faculty last week, Dean of Diversity Education Devin Duprey captured what it feels like to be a citizen in America living a “menaced life”. It is, she said, the constant feeling of not having enough air. She writes, “We all breathe together, but not the same. For 400 years, Black people in this country have only had access to constricted breath.”

I am convinced that education has a critical role to play in the pursuit of racial justice and equality that drives us all right now. Already, Devin Duprey is bringing St. Andrew’s students and faculty together, supporting one another, reading together, speaking together, and preparing for a new nation with a goal of welcoming all, of honoring all, of giving all plenty of air to breathe. This summer, I will be offering an opportunity for students to work on a project for schools that both tells the history of racism and describes the heroic march for equality by the Black community. The Equal Justice Initiative, The Legacy Museum, and the National Memorial for Peace and Justice will be at the center of this work. Our Lyceum program, created by Emily Pressman, will offer a number of webinars on racial justice and equality work.

Together, we will all work to end, once and for all, this cycle of prejudice, discrimination, and violence. We have a lot to do. Join us all across the nation in this work.

You will hear a lot from me on these issues over the coming weeks and months. 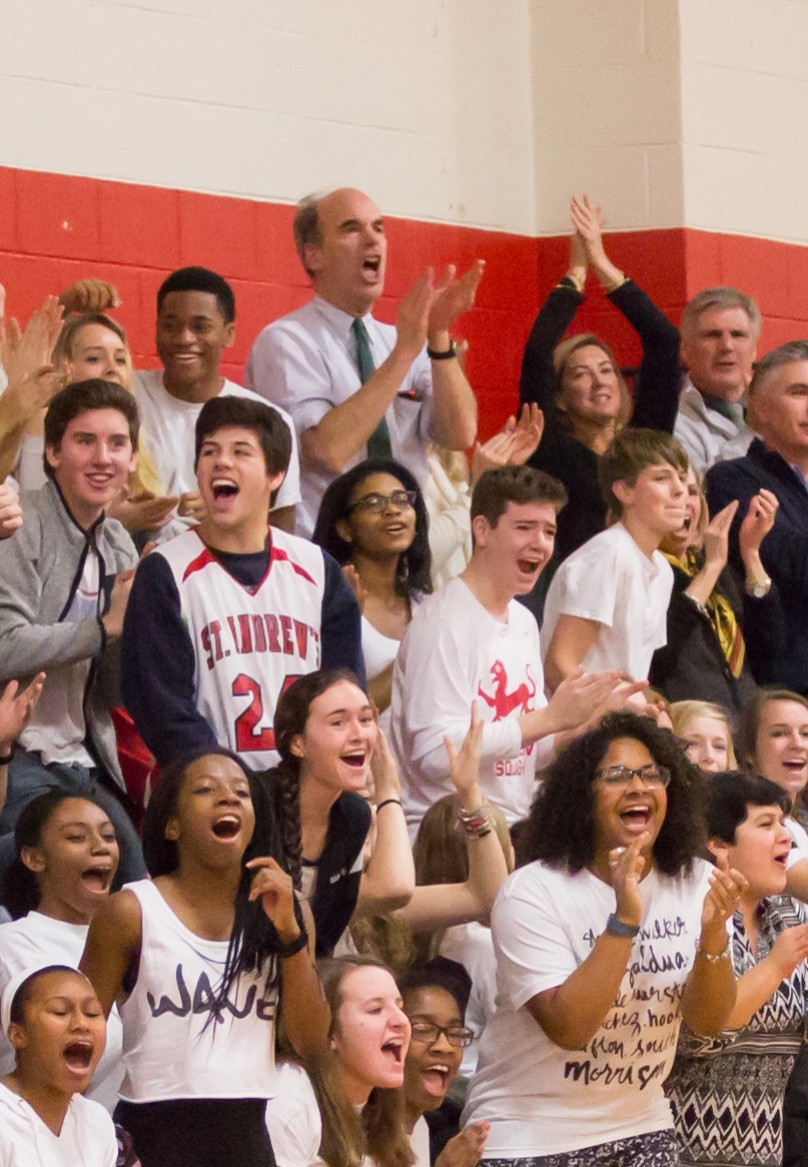