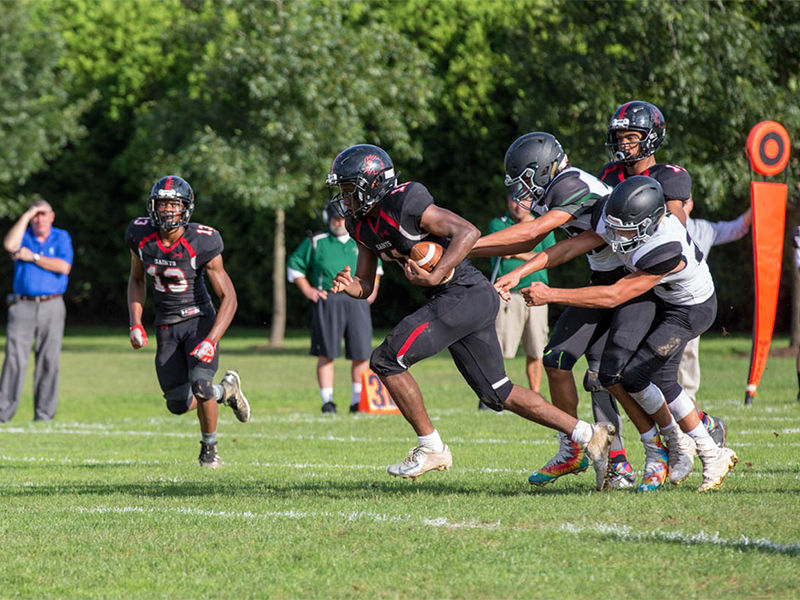 Micah Turpin '19 was named one of Delaware's Mini Max High School Football Award winners for his football performance, academics, and community service during the 2018 season. The Mini Max Awards are given out to high school football players in each state by the Maxwell Football Club (MFC), a national organization founded in 1935 by then-owner of the Phildelphia Eagles Bert Bell to promote safety in football. MFC gives out a number of awards each year to professional, collegiate, and high school players. One of the 43 players named to the Delaware MiniMax list will be named Delaware High School Player of the Year in January 2019, and will then be eligible to compete for the MFC Jim Henry Award for Outstanding Player in the Region, encompassing Delaware, Pennsylvania, and New Jersey.

Micah was recognized for a MiniMax Award for his 13 touchdowns (10 rushing, 2 kickoff returns, 1 receiving) on the season. He closed out 2018 with 666 yards rushing on 123 carries, caught an additional 11 passes for 170 yards, and averaged 32.3 yards per return on his 10 kickoff returns this year. Micah was named 2018 First Team All-Conference at kick returner. Earlier in the season, he was nominated for Delaware Online's October 1 Athlete of the Week for her performance against the Saint's win over the George School on September 28. In that game, Micah put up 24 carries for 300 years and a School record five touchdowns.