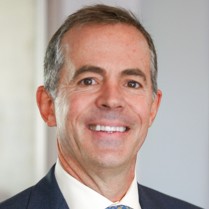 Scott Sipprelle is the founder of Westland Ventures, a Princeton, New Jersey based investment firm. Previously, Scott was the Founder and Chairman of Copper Arch Capital, a value-driven investment manager based in New York City. Scott's career in financial services began at Morgan Stanley, where he served as Managing Director and Head of Equity Capital Markets. In this role he managed hundreds of stock offerings, including the IPO of Netscape Communications, a bellwether financing that launched the market for public internet stocks.

Scott and his wife Tracy are residents of Princeton, New Jersey and Lewes, Delaware. Through the Sipprelle Charitable Corporation, Scott and Tracy have been active supporters of philanthropic endeavors focused on education, health, and wellness. Scott also serves on the investment committee of the Cystic Fibrosis Foundation.

Scott graduated Phi Beta Kappa from Hamilton College, with a concentration in economics and government and was the recipient of the Clark Prize in Public Speaking. Scott and Tracy have three children, Jessica, a 2008 graduate of St. Andrew’s, David, and Stephen. Scott authored a mystery novel set on Wall Street, and was a candidate for the U.S. Congress in 2010. He remains active in organizations working to reform America's political system.