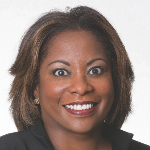 Heather joined the St. Andrew’s Board of Trustees in 2014. While at St. Andrew’s, Heather played soccer and basketball, captaining both teams her senior year. Heather received her B.A. from Williams College and her MALS from Dartmouth. She returned to St. Andrew’s to teach English, serve on the Admissions team and coach from 1997-1999. Heather is currently a Consultant. She previously served as Senior Advisor on the Transition Team for Chicago Mayoral-Elect Lori Lightfoot and as both Senior Advisor and Political Director for Chicago Mayoral Candidate Lori Lightfoot. Prior to these roles, Heather served as President and Chief Operating Officer at Capri Capital Partners, LLC. In addition to serving on the St. Andrew’s Board of Trustees, Heather is Board President of the Primo Center for Women & Children and former Board Treasurer and Chair of the Finance Committee for Steppenwolf Theatre Company. She continues to serve on Steppenwolf’s Executive Committee. Heather and her husband Kenny live in Los Angeles and are parents to daughter, Carter. Kenny is Chief Marketing Officer at Snap, Inc.