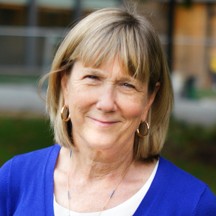 After growing up in Kalamazoo, Mich., Monie attended Northfield Mt. Hermon School and Yale University, after which she taught English at the Taft School and later was appointed the Director of College Placement. She earned her master’s in English in l983 from the Bread Loaf School of English at Middlebury College. When her husband, Chan, became the Headmaster of Blair Academy in 1989, they moved with their three daughters to Blairstown, N.J. During her time at Blair, she taught English, oversaw new faculty training, and served as the School’s Director of Development as well as leading the School's strategic planning. Currently, Monie works with schools and non-profits as an executive coach in addition to volunteering with various organizations. The Hardwicks have three daughters who are all members of the St. Andrew’s family: Thayer ’02, Elizabeth ’04 and Kate ’07.