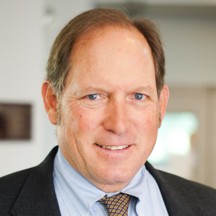 Hoyt is the son of Kitten and Bill Gahagan and a fourth generation family member to serve on the Board. He attended the Taft School and New England College and never left the northeast once settled in Vermont. In 1987, he created Champ Car Wash in South Burlington, Vt., the first of its kind in the state. Together with his brothers, the Champ Car Wash grew to three locations which continue to thrive in the salty, snowy winters.

In 1998, he turned his entrepreneurial spirit towards micro-financing several small start-up and incubation businesses including The Shelburne Athletic Club and Old Men in Baggie Pants, Inc. In 2001 his interests turned toward social entrepreneurism, conserving a 125-acre farm into Current Use in Vermont State Agriculture standards, protecting the town’s natural spring source, increasing playground space for an elementary school and a future development project. Most recently in 2009, he restored an existing grain barn to house a Boys & Girls Club.

Hoyt’s board experience includes Fields of Otter Valley, Boys & Girls Club of Brandon and the Chichester duPont Foundation. He and his wife, Christy, have two daughters, Grace ’10 and Amanda ’11. They spend their summers in Brandon, Vt., and their winters in Sarasota, Fla.