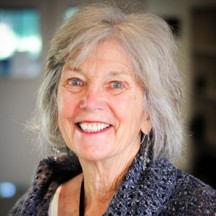 Born August 19, 1942, Caroline is the daughter of Paul LeGrand Johnstone and Virginia Hemingway Johnstone. She graduated from Oldfields School in 1960 and attended Sorbonne University in Paris, France from 1960-61. In 1962 Caroline married Richard C. duPont, Jr. (Kip). From 1962 to 2008 Caroline held a variety of positions at Summit Aviation, Inc. in Middletown, DE including assistant to the president, vice president, president, and chairman of the board; in June 2008 she sold the company.

In her spare time Caroline pursues her love for land preservation, education, farming, flying, fishing, hunting, and tennis. She served for 28 years as a director of Delaware Wildlands and also held the position of vice president. Caroline served on the Cecil County, Maryland Planning and Zoning Committee. She has been a trustee of St. Andrew’s School since 1986 and chairman of the board of St. Anne’s Episcopal School from 2001 to 2008. Caroline also was a board member of the Children’s Beach House. Caroline was one of the founders of St. Peter’s Anglican Church in Elkton, MD and served as senior warden for many years.