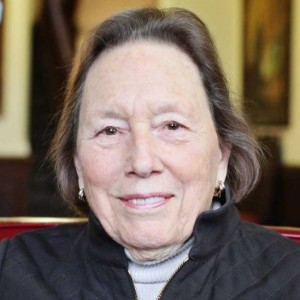 Granddaughter of the School’s founder, Kitten has been a member of the Board of Trustees since 1980 and chair since her father’s death in 1996. She lives in Wilmington, Del., with her husband, Bill. They have four sons and 12 grandchildren, two of whom attended St. Andrew’s, graduating in 2010 and 2011.

Kitten was educated at Wilmington schools, St. Anne’s School in Charlottesville, Va., and Wellesley College. She has been active in numerous volunteer organizations, including Planned Parenthood, the Taft School, Brandywine Conservancy, Children’s Beach House, Chichester duPont Foundation, and the founding of St. Anne’s Episcopal School in Middletown, Del. She enjoys keeping up with her scattered grandchildren and hosting their gatherings.